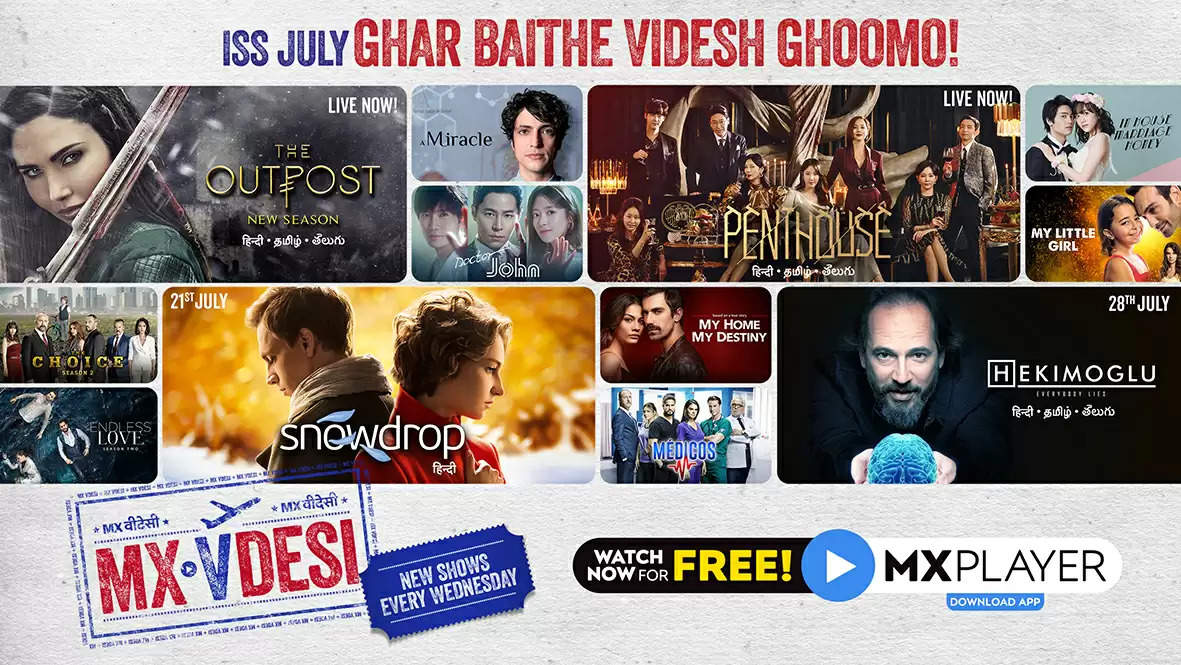 Gone are the days when one read about acclaimed international content that would take forever to be syndicated and brought to the Indian subcontinent at an exorbitant cost.

Today, watching international shows across genres or varied cultures has never been easier and leading entertainment super app MX Player has been a pioneer in bring Indian audiences some of the most anticipiated international shows, in a local language of our choice!

With MX VDesi, the platform has been bringing some of the best international shows to Indian screens and hosts the largest catalogue of international shows dubbed in local languages - Hindi, Tamil and Telugu. This July, enjoy Vdesi action, romance, crime and mystery with new episodes dropping every Wednesday for 4 shows that you cannot miss and are available to steam for FREE!

Here’s a list of the popular shows the platform is launching this month:

Watch the promo of MX VDesi’s catalogue for this month - https://bit.ly/MXVDesi_Promo

Stream all these popular International shows on MX Player for FREE!

From Around the Web